Terral looks to break through in 2012 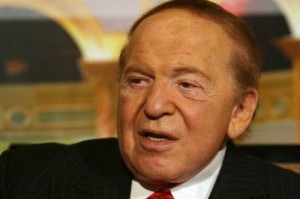 Poker is no respecter of persons, or personalities for that matter. The game comes preloaded with a built-in ego check that seems to activate for no other reason than its own amusement. Any player will tell you the journey from the top of the mountain to the valley floor can be accomplished in a short period of time.

Matt Terral is living the poker journey, and learning patience the hard way as he looks to stake his claim among poker’s elite. The 27-year-old Shreveport native has been close enough to the top of the mountain to inhale the air that separates wunderkind from wannabe. It’s the promise of greater things and an unshakable belief in his abilities that keeps Terral grinding away at his objective of making a living in poker’s big events.

Terral has been honing his craft for the past 11 years. He’s quick to note he’s not a child of the “Moneymaker Effect” as are so many in his age group. He’s no stranger to online play, but live poker always has been his forte. He began playing in the Shreveport rooms as soon as he was able to do so, and has been a perennial top dog in Shreveport’s Dark City Poker League, which just wrapped up its ninth season. Terral led the regular season in points and once again earned a seat in the league championship. Despite his consistent play throughout the season, Terral was eliminated in eighth place when his flush was sank by a full house on the river.

“I wasn’t happy about it,” Terral said. “It’s very frustrating to take a beat like that after playing so well throughout the season. That one hand just crippled me.”

Terral credits his ability to bounce back from bad beats to a lot of patience.

“Patience is the strongest part of my game. My weakest part is not being aggressive enough in certain situations and I want to work on more of a balance between the two. But, taking a beat is mentally tough on anyone. Sometimes the best thing for me to do in that situation is to take a break and leave the casino, get a good night’s sleep or whatever. I have more difficulty dealing with it when it happens near the money bubble in tournaments. That’s when I really have to work at shaking it off and not allowing it to affect my play.”

Terral’s career high point came in 2007 when he captured a World Series of Poker Circuit ring in New Orleans. That win puts him in an elite category, but Terral isn’t resting on the accomplishment.

“I really want to consistently take it to the next level. I’ve won a ring and I’ve had other circuit cashes, and I want to return to that level of play in 2012.”

He isn’t intimidated in the least by tough competition, and his experience at the circuit level keeps Terral on the radar like a rogue hurricane off the Louisiana coast. His presence in an event is met with respect by his peers because Terral typically displays the consistency that makes him a constant threat. He’s primarily a tournament player, but Terral has a desire to involve himself more in cash games.

“I don’t play those enough,” he said. “In the past it has been more of a financial thing, you know, where I just allocated most of my bankroll to tournaments. My cash-game play was limited to once or twice a month, but this year I want to increase that. It helps to keep you sharp because it’s your money on the table.”