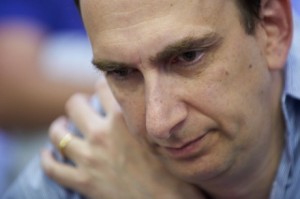 The Mid-States Poker Tour drew record numbers in the satellites leading up to the $1,100 main event on Nov. 19-20 at Grand Casino Mille Lacs in Onamia, Minn. It looked like they were going break the 200-entrant mark Friday night before Day 1, if only the weather would have cooperated. Despite several inches of snow dumped on the morning of Day 1, the event still managed 171 entrants. Lee Surma of Maple Grove, Minn., managed to beat David Marlow of Cottage Grove, Minn., heads-up to claim the $47,667 prize.

I spoke with Bryan Mileski, founder and president of the MSPT, to find out how the tour began. The story actually begins with the Heartland Poker Tour. The HPT began in Minnesota and held several events around the state from 2006-09.

“(The HPT) used to have four or five events in Minnesota,” Mileski said. “In fall 2009, that’s when they kind of left Minnesota.”

That resulted in a void for Minnesota-area players who had been following the HPT. This is when Mileski came up with the idea for the Minnesota State Poker Tour. He worked with Canterbury Park to host the tour, which launched a few months later in December 2009.

“Fortunately we were able to do enough advertising during the Fall Poker Classic when everyone was here,” Mileski said. That resulted in a respectable 130 entrants for the inaugural event.

The MSPT hosted six events in 2010 and another six in 2011. The tour was renamed the Mid-States Poker Tour in mid 2011. This was in preparation for the 2012 season, which boasts nine events in Minnesota, Iowa, South Dakota and Wisconsin. All events will have a $100K guaranteed prize pool, except for the three events at Meskwaki Bingo Casino Hotel in Tama, Iowa, which will have a $300K guarantee.

“We’re really building a lot of momentum here because the Mille Lacs event had 171 (entrants). That’s basically the third largest tournament in the state so far this year,” Mileski said. “We’ve got Canterbury (Park) then (Running) Aces, which should have over well over 200 (entrants) in each. Then we go to Meskwaki, which should be well over 300.”

And Mileski expects the tour to continue to grow.

“Once we make a loop through (all the new stops) I think it’s really going to take off where we’re drawing 300 here on a regular basis. That’s the plan anyway.”

The MSPT will be the first tour in the Midwest to use radio-frequency identification-enabled tables, which allow hole-card information to easily be added to the stream. The cards have embedded RFID chips that allow a sensor on the table automatically identify which cards are dealt to each person. A program then automatically displays card information on the screen when the table is streamed.

The first MSPT event of the season will be at Running Aces Harness Park in Columbus, Minn., from Feb 15-19. Visit msptpoker.com for the full schedule.