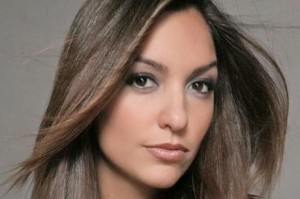 North Carolina Gov. Beverly Perdue finalized an amended compact with the Eastern Band of Cherokee Indians Principal Chief Michell Hicks on Nov. 28. This deal, which allows for live dealers across all casino games, would mean about 400 new jobs (roughly 240 as dealers) in North Carolina.

The deal is a 30-year compact with a percentage of revenue supporting local schools in the state. The percentage will increase every five years starting at 1 percent and maxing out at 8.5 percent.

On Dec. 2 the General Assembly attorneys sent a letter to Perdue’s office with questions about the new agreement and wanted two sections of it rewritten before they would agree to change the gambling laws. House leaders are worried the deal would create a monopoly for the casino and that it’s unclear on how funds are to be distributed. Said Perdue press secretary Chris Mackey: “We don’t believe that there are any obstacles that stand in the way of the General Assembly authorizing the governor to create these jobs.”

The General Assembly session reconvenes on Feb. 16, when Perdue expects lawmakers to make adjustments to complete the deal by the end of February. Harrah’s said once the deal is final it would take about 90 days before it would have staff ready to offer live play.

Many pros and celebrities turned out for U Care’s Big Charity Game in Richmond, Va., as some players traveled more than 500 miles for a chance to play (and knock out) a pro for a good cause.

The first night saw a fast pace because the event had unlimited rebuys until the first break. The crowd erupted when Rheem busted out within the first five minutes of play and yelled “Rebuy!” He had nine rebuys in about 90 minutes. Players who eliminated pros received a $50 bounty. Tom Chisari won the event and the $1K World Series of Poker seat.

Lee made it to the final table of the main event and finished sixth. For future tournaments go to ucarecharitypokertour.com.