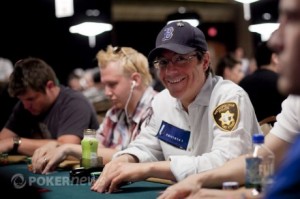 If all goes as planned, I’ll be ringing in the New Year in Biloxi. Not only will I be in the company of some of the best poker players in the South, but the action is sure to be over the top for the holiday and the upcoming “Million Dollar Heater” planned at the Beau Rivage. The revamped tournament schedule, replacing the Southern Poker Championship, is scheduled for Jan. 6-25.

This event, a former stop on the World Poker Tour, is an independent tournament exclusive to the Beau Rivage. It’s a testament to just how serious we take poker in the South. Gone is the televised final table, and instead the Heater will feature a first for Biloxi: a $1 million guaranteed prize pool for the championship event.

Like all events at the Beau, poker room manager Johnny Grooms and tournament director Eric Comer will work together to host the region’s biggest action. Points of interest for the Heater include:

Event 1 ($340) will have a $200K guarantee with two starting days and re-entry allowed on Day 1B. Also, 10 of the 12 NLHE noon tournaments will have a main-event seat added to the prize pool for the winner. This is not deducted from the prize pool, it’s donated by the casino, for an added $50,000 value.

Grooms designed this tournament with players in mind. On the 2+2 forums, where the initial schedule was released, a H.O.R.S.E. tournament wasn’t included in the lineup. Forum readers asked for a H.O.R.S.E. event and Grooms responded, “I can’t replace one of the NLHE noon events. The field size and demand are much too large to replace. I’ll see what I can do about adding a H.O.R.S.E. event.” Just a few days later the schedule was released on the Beau Rivage website and it included a 2 p.m. $340 H.O.R.S.E. event on Jan. 9. Patronizing a poker room that does its best to facilitate the requests of the players is always a great bet.

Said Grooms: “I am pretty excited about this event. The guarantees are a first for us, and adding $50K in main-event seats should draw a pretty good crowd. Our structures received good reviews in August-September, and we have refined them a bit.”

I expect the turnout will be one of the best for a January event in years. Sure, they’re up against the Choctaw World Series of Poker Circuit stop, which runs during the same window, but I don’t anticipate a major effect on either event. Choctaw permits 18-year-old players to participate, which adds an extra element for seasoned players. With the guarantees the Beau is promising, this is a lock regardless of turnout. Too few players and we benefit from an overlay, huge fields and we’re looking at monster payouts. Win-win.

It looks like January is all lined out, then I’ll be headed to Tunica for some post-holiday poker at the WSOPC Harrah’s stop the first of February. This event always packs the house, with many players from the Gulf Coast coming to the cotton fields of north Mississippi to compete with alongside locals and tourist for points, rankings and the coveted WSOP jewelry. See you all soon!

— Jennifer Gay is a poker journalist, poker supervisor and player from the Mid-South region. She can be contacted at facebook.com/aceofjewels.