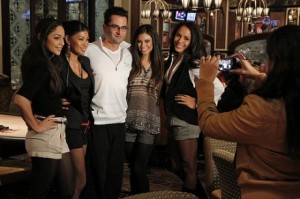 It isn’t easy to stand out when you’re surrounded by the Rocky Mountains, but Ameristar Black Hawk Casino Resort Spa is one structure you simply can’t miss. Credit its impressive footprint in the middle of the Black Hawk casino strip, plus the attached 33-story luxury hotel, which contains 536 rooms. As a city with fewer than 125 actual residents, Black Hawk has less than one-fourth as many individual taxpayers as the Ameristar has rooms.

The Ameristar sports the most modern, big-time casino look and feel among the Colorado options, but for poker players, where the Ameristar stands out is the quality and quantity of its cash-game action, particularly at high limits. It has 17 tables — expanded this year from the original 14 — and you can regularly find several tables going, even on weekdays, despite the relative remoteness of the Black Hawk locale. The weekend action is consistent, with plenty of play even at the $2-$100 spread.

“Our niche in this market has really been cash games; we don’t offer tournaments,” Jaque Poirier, Ameristar Black Hawk’s director of casino operations said. However, “I don’t know that tournaments (will always be) out of the equation.”

Like all Black Hawk/Central City/Cripple Creek rooms, Ameristar can only spread cash games up to the maximum bet limit of $100, but that obviously allows for a great deal of latitude, substantially more than the old maximum bet of $5 (abolished two years ago). A weekend night will often see seven or eight tables spreading $2-$100 hold’em, plus some $30-$60, $2-$5 and $2-$10.

That’s largely been the experience of Kevin Leach, who comes down from Cheyenne, Wyo., about once a month: “You can get pretty much any hold’em spread there on the weekend, so there’s basically always something that fits your game.”

But the poker room at the Black Hawk casino, one of eight Ameristar operates nationwide, isn’t resting on its laurels. Ameristar has made some improvements lately intended to improve the player experience across the board. Brett English took over as the poker room manager a few months ago, and he went over the four major changes:

• The poker room offers complimentary food delivery to the room, and that “has been a huge success.”

• All chairs are being upgraded to high-end models, 175 in all, to produce the most comfortable experience.

• Massage therapists from Tranquility in Motion are there several days a week to provide massages at the table for $1.50 per minute.

• The Genesis Bravo system has been implemented to improve the seating and comp process, with texting to cell phones for seat availability among many other amenities.

“The players came to the leadership team with what they wanted,” English said, “and we take the players’ (feedback) very seriously.”
With the improvements, Ameristar Black Hawk hopes to keep its regulars happy and attract new players.