A quick review of the New Mexico poker rooms 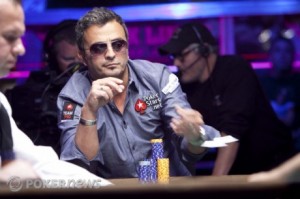 Poker thrives in the Land of Enchantment with six poker rooms. Sandia Resort Casino, Santa Ana Star, Route 66 and Hard Rock Albuquerque are local to Albuquerque, while Inn of the Mountain Gods is in Ruidoso and Buffalo Thunder is in Santa Fe.

Low-limit hold’em and small-buy-in events dominate the New Mexico poker scene, but there’s no shortage of action for the bigger players.
The game of choice is split between limit and no-limit hold’em with the sporadic Omaha game spreading, too. All casinos spread $2-$4 limit as the smallest game, while the biggest limit games are $20-$40 at Buffalo Thunder and Sandia Casino on a weekly featured game basis. Omaha/8 enthusiasts will find a daily $4-$8 limit game at Sandia and $3-$6 on Sundays at Santa Ana Star.

As for NLHE, $5-$10 runs once a week at Hard Rock Albuquerque and regularly at Inn of the Mountain Gods during the summer when it becomes a horse-racing destination. Plenty of $1-$2 NLHE can be found at all of the casinos, but a $5-$10 PLO game (the biggest action by far in the state) is found weekly at Buffalo Thunder.

As for tournaments, during the week around Albuquerque there are about 45 tournaments scheduled. The biggest buy-in is modest, being the $100 Friday night event at Santa Ana Star. Most tournaments around the city fall in the $30-$40 range.

Not known as a tournament stop for any series, Santa Ana Star is running the state’s first tournament series, hosting the Winter Deep Stack from Jan. 14-21. The series will have seven events in seven days. For more information, email poker room manager Dan Higginbotham at danh@santaanastar.com.

Each of the four casinos around the city offers a variety of promotions, the biggest being the bad-beat jackpots. Sandia, the largest room in the state with 16 tables, frequently hits its bad-beat jackpot.

Hard Rock runs one of the favorite local promotions with its “Deuces Never Loses” promo. If you lose with pocket twos, the room will match the pot up to $100.

Route 66 offers Actions Aces, matching the pot for the player with losing aces.

Santa Ana Star throws the biggest variety of promotions at players, including high hands all day, every day. Quads get $50, a straight flush is worth $100 and a royal flush nets $250. Monday-Friday it has a “Most Pots Won” promo 2-7 p.m. Each time you win a pot worth more than $10, you get a chip. At 7 p.m. the leader gets $100, second $50 and third $25. Splash pots, Aces Cracked and an end-of-the-month $5K added tournament with 10 hours live play round out the list of promotions at Santa Ana Star.