So much happening in South Florida poker scene 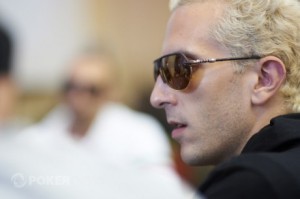 With much of the discussion in South Florida’s growing gambling scene centering on the possible influx of destination casinos, which would bring full table games to the region, the effect on the poker rooms of Dade, Broward and Palm Beach counties over the next couple of years could be immense and intense. In the interim, however, poker managers in South Florida must keep their focus on the business at hand with the busy tourist season getting under way.
Here’s a quick update on some major developments taking place in South Florida:

SEMINOLE COCONUT CREEK: The Hard Rock’s younger sibling on Sample Road and 441 is finishing up a massive expansion that will more than double the gaming area. Three restaurants are being added inside while a seven-level parking garage will accommodate 2,400 vehicles.

The Stax Poker Lounge, on the second floor, opened Oct. 31 with a bright, modern configuration and 21 new tables, all sporting Stax and WPT logos. At 3 p.m. in the middle of a monsoon rainstorm on opening day, 10 tables were in action, matching the total number of tables in the previous room.

Players who frequented the establishment often likened the action in the old room to “playing in a closet.” It is a super upgrade with eight more tables still to come, reportedly featuring a “high roller” glass-enclosed room with a customized poker table suitable for a televised event.

MIAMI JAI-ALAI: Construction on the Casino at Miami Jai-Alai continues to progress quickly with a target opening date still on track for around Christmas. The Crystal Card Room, which will be along the northern wall of the new casino, will feature 22 poker tables and four dominoes tables. Cardroom manager Joe Rodriguez is interviewing job applicants to fill his staff of dealers and floor personnel.

GULFSTREAM PARK: With live racing starting again this month, poker manager Scott Poole is excited about the prospects of increased business for his room, which is in the back portion of the track’s first-floor casino.

Live action at the “Winter Capital of Racing,” which attracts the top horses, trainers and jockeys to the facility in Hallandale, usually begins after the first of the year. However, this year the season opens on Dec. 3 with a slew of top-notch stakes races and several improvements for racing fans. Poole sees a substantial increase in poker room business each year when racing season gets under way.

“Over the past three years, January poker revenue has been steadily growing as we moved from December into January and began live racing,” Poole said. “In 2009 we saw a 14.2 percent increase with live racing; in 2010 that number grew to 18.5 percent, and in 2011 the number swelled to 22.9 percent.”

With a December opening for the first time in decades and numerous South Florida visitors here for the holidays, Poole hopes poker revenue this season will eclipse the tremendous level of 2011, when the poker room grossed an all-time best of more than $2 million.

PALM BEACH KENNEL CLUB: The folks at PBKC are introducing a new tournament series this month, the inaugural Palm Beach Christmas Classic, which runs Dec. 8-18. It will feature 17 events, not including satellites, and has $500K in guarantees. The series will be staffed by famed WSOP tournament director Jimmy Sommerfeld.