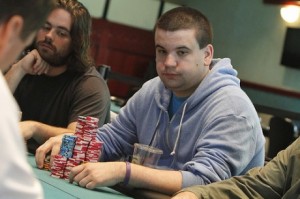 The witness lists are out for this week’s two congressional hearings regarding Internet poker.

American Gaming Association president Frank Fahrenkopf and Rep. John Campbell (R-Calif.) will speak in favor of online poker regulation at Friday’s House Subcommittee on Commerce, Manufacturing and Trade hearing. This will be the first time for the AGA to step up and testify in favor of legislation after many years of opposing online poker. Campbell proved to be knowledgeable on the issue last year in the House Financial Services Committee and then sponsored the previous Barney Frank bill in Congress this year.

Mark Lipparelli, chairman of the Nevada Gaming Control Board, will probably speak of his organization’s place in providing regulations for the industry. Rep. Frank Wolf (R-Va.) is an opponent of gambling who thinks it leads to crime, corruption, family breakdown, suicide and bankruptcy. Charlie McIntyre, the New Hampshire lottery director, may speak to the supposed threat online poker poses to state lottery revenues.

The House hearing, which is set to begin Friday at 9 a.m. EST, will again be about Internet gambling, particularly poker in general rather than on the bill introduced earlier this year by subcommittee member Joe Barton (R-Texas).

Thursday’s hearing in the Senate Indian Affairs Committee, scheduled for 2:15 p.m. EST, will feature the Poker Players Alliance as the voice of reason among seven Indian representatives. The witnesses are broken up into three panels, with Larry Roberts from the National Indian Gaming Commission alone in the first panel. The second panel will have Bruce Bozsum, chairman of the Mohegan tribe, and Glen Gobin, vice chairman of the Tulalip tribes.

The third panel is the largest with four witnesses plus others accompanying witnesses. Ernest Stevens, chairman of the National Indian Gaming Association, already known in the poker community for his perplexing testimony at the last House subcommittee hearing will be accompanied by senior adviser Mark Van Norman. Poker Players Alliance chairman Al D’Amato also will be in the third panel, accompanied by executive director John Pappas. Penny Coleman, of Anderson Indian Law, and Grant Eve, a tribal accountant, round out the group.

Indian tribes and the poker community have not been on the same page regarding online poker in the past, as the Indian tribes seem to only care about what best suits them, but this hearing could be a first step in that direction.

"The tribes getting before this committee, vetting their concerns and trying to find constructive ways to address their concerns benefits all of us," Pappas said. "The PPA respects their sovereignty and thinks there is definitely a role for them in online poker. We want to work with them rather than against them. There’s nothing to be gained from working around Indian tribes."