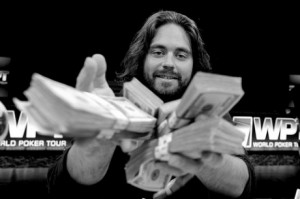 On Thursday, Nov. 17, 2011, news broke that a signed deal had been reached to allow Groupe Bernard Tapie (GBT) to buy Full Tilt Poker (FTP) for $80 million. According to Yahoo Finance, the United States Department of Justice brokered a deal that saw FTP forfeit its assets to the U.S. government, which then sold the assets to the French investment firm.

The deal, which presumably needs to be approved by a two-thirds vote by FTP shareholders, also states that GBT will be responsible for paying back players outside the U.S., and the Department of Justice will pay back players in the U.S., who are owed approximately $150 million. Specifics are not known, but U.S. players will have to apply for compensation through the DOJ.

According to Poker Player Newspaper, Wendeen Eolis, CEO of EOLIS Intl Group, spoke with Benham Dayanim, counsel for GBT, who confirmed the deal: “The next step is to obtain an agreement from the Full Tilt Companies. I anticipate it will happen. It allows for players to be repaid, and resolves the FTP forfeiture action by the Government.”

PokerNews spoke with Jeff Ifrah, an attorney for Full Tilt Poker, who said the following:

"In a lot of ways, the agreement’s historic, so obviously there is going to remain a lot of questions [as to] how players are going to submit a request, when will they get the money back, how much money will be available, will they get money for points, will they get money for this, for that, there’s a ton of questions, and all of those questions need to be answered. For now, this is a pretty historic agreement in many ways, and it’s going to lay the groundwork for a final agreement between Tapie and the company, which will ultimately result in those assets, presumably, being voluntarily forfeited to the government.”

PokerNews contacted the DOJ and were told: “We have no comment and are not confirming or denying an agreement.”

Updated 3:45 p.m. PDT: Ray Bitar released a statement to PokerStrategy saying, “I am extremely pleased with the efforts of the Department of Justice, and the Groupe Bernard Tapie corporation, and appreciate their continued dedication in working towards a mutually beneficial agreement that will facilitate repayment of the players."

This is a breaking story and PokerNews will bring you any and all developments as they happen.

*It should be noted that according to the article on Yahoo Finance, the story was under embargo.