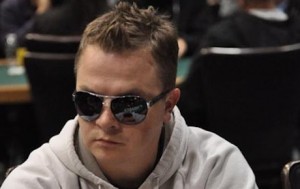 A major Oklahoma poker shift is occurring as management positions are being dropped, filled and replaced in many of the favorite cardrooms across the state. Outlook for Oklahoma poker heading into 2012 is full of speculation and fueled by excitement as some of our favorite casinos acclimate to their new situations.

In Quapaw, Downstream Casino’s poker room manager Elliott Schecter left to take on the cardroom at Casino Snoqualmie in Washington State. There is speculation who will be filling his Downstream role, but the casino most likely will hire internally if it doesn’t eliminate the position.

Also, Riverspirit Casino’s cardroom manager recently departed. Buzz among Oklahoma players is that a former Downstream Casino employee is vying for the position in Tulsa and that Riverspirit is in negotiations with HPT for an event, though nothing official has been released.

Hard Rock Casino Resort Tulsa promoted Dennis Myers from floor supervisor to manager. This position has been unfulfilled for many months while Chris Gompher Hyams acted as interim manager. Now that the position has been filled, players are hoping to see positive changes and increased tournament player pools.

Known in earlier years for its ability to produce fantastic tournament series, Hard Rock has seen a decline in poker tournament attendance in recent years.

“I’d really like to see Hard Rock poker reach its potential. We’ve seen it before and I am hoping they will pull off a good new year now that they have a poker manager,” said Nick Gilbert, poker player from Wichita, Kan.

Ken Lambert was brought to Choctaw Casino as manager in recent months, and he’s working to increase player patronage and provide an exciting atmosphere.

“We have seen small increases in our players and games in the past few months,” Lambert said.

Choctaw’s T.J. Cloutier Poker Classic is still running as this goes to print, but the tournaments have seen an increase in players and prize pools when compared with last year’s numbers.

The shift in cardroom managers will play a powerful role in 2012 and begs many questions that only time will answer. Questions and speculations circulating about the change in tide continue to emerge. Here are some popular thoughts being murmured across the Oklahoma felt.

“If Riverspirit really hosts an HPT event then much of the Tulsa traffic that Downstream sees will be staying in their hometown to play. Downstream will have to come up with something new.” said Fred Donaldson of Wichita, Kan.

“WinStar World is the mecca of poker in the south. Ken Lambert is a seasoned pro. I can’t wait to see what happens in 2012. I’m bettin’ it’s going to be all bright and blingin’ and people are gonna start saying, ‘Hey, we need to get out to Southern OK because that’s where all the players go to play.’ ” said N.J. of Dallas.

“Tulsa’s poker has really fallen off in the last few years. If what people are saying is true about Riverspirit getting HPT then I won’t have to leave Tulsa to play. I like that. It will really put Tulsa back on the map for poker.” said Jason Hicks of Tulsa.

Staple managers in Oklahoma, such as Jay Wiles at WinStar World Casino, believe “what is good for poker is good for everybody.” He is looking forward to a new and action-packed year.

There may be players who wonder why the change in cardroom managers will make a difference, and there are several answers to that. Positions that remain unfilled have manager tasks being delegated among other staff members. Sometimes the manager position is eliminated and the director of table games assumes the role. Rooms may not run as smoothly depending on the role the former manager played.

Players may see physical changes to their favorite cardroom. New managers may rearrange table layouts to optimize space or they’ll hire new dealers, chip runners, floor supervisors, etc. New managers may create new promotions and eliminate old ones. Players may see a decline in tournaments offered or they may see an increase in tournament activity.

With all things considered, the face of Oklahoma poker is in a curious transitional phase and will undoubtedly be turning players’ heads. We may see competition between casinos heat up, which means more promotions and better deals for players. We may see large tournaments a bit closer to home to save players those precious travel dollars. Whatever the case may be, keep your eyes on Oklahoma for your 2012 poker schedule.

— Crystalynn Harris is the Ante Up Ambassador for the Oklahoma-Kansas area. You can email her at crystalynn@anteupmagazine.com.
Elliott Schecter left Downstream for a Washington poker room.