New competition on the Philly horizon 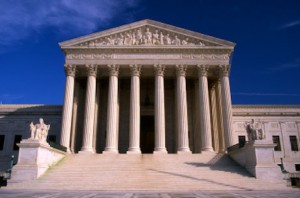 Harrah’s Chester and the Parx Casino in Bensalem have had great success in an extremely competitive poker market. Parx has doubled its cash tables from 24 to 50 since opening a year ago while Harrah’s hosted a popular World Series of Poker Circuit event. But the busy Philadelphia poker scene is about to get a little more crowded.

A third property is trying to become a player in the poker game. SugarHouse Casino in downtown Philadelphia has submitted plans to the city’s planning commission to double its gaming space and make improvements to the casino.

Also, the Pennsylvania State Supreme Court recently upheld the state’s Gaming Control Board decision to award a resort slots license to the Valley Forge Convention Center, also outside Philadelphia. In a 3-2 decision with two abstentions that was contested by the Parx Casino, the Convention Center wants to add 600 slots and 50 tables with plans to open in the spring.

That makes four players at the Philadelphia poker table, but Ari Mizrachi, Parx’s poker room manager, is not terribly concerned.

“Will they pull some players?” he said. “Probably. Are we worried about it? No. By the time SugarHouse opens their room, we’ll have had three years and created a solid base of players. We’re celebrating our one-year anniversary soon, just got razz approved and submitted to add draw games such as badugi and triple-draw. We’ve established ourselves as one of the industry leaders and already had a great run. We’ll be fine.”

“The No. 1 question we get asked from guests coming into the casino is, ‘Where is the poker room?’ Obviously we want to be able to serve the community and accommodate the needs of our guests.”

SugarHouse anticipates being a player in the market by 2013. And Whitaker is looking forward to the challenge.
“We know we’re going into a very competitive market, but competition makes everyone perform better. We anticipated it and as we go forward we’re always thinking of new ways to satisfy our customers.”

Without question, it will be difficult for the new players on the block to break through what Parx and Harrah’s offer. Both in a short time have become formidable, offering major events, large cash rooms and have seen unprecedented growth because of it. Fortunately for SugarHouse and Valley Forge, Philadelphia and its metropolitan area has such huge a population that all will have a strong chance to succeed without cannibalizing each other. The 30 percent of Atlantic City players that came from the Philadelphia area are deciding to stay home and will soon have even more choices on where to take to the felt. Pat’s and Geno’s may have nothing on what is shaping up to be an intriguing poker battle in the City of Brotherly Love.

— Mark Hoke is the Ante Up Ambassador for Eastern Pennsylvania. Email him at hokeshouse@aol.com.