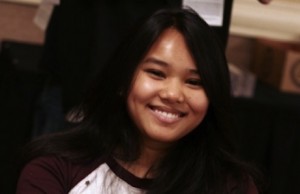 Poker players are working to get the attention of President Obama. A petition to the Obama administration to protect consumers, create jobs and generate revenue by licensing and regulating online poker took only three days to generate the more than 5,000 signatures required to get an official response.

The White House website asked for citizens to create petitions on important issues facing the country, promising that if the petition gets enough support, White House staff would review it, ensure that it is sent to the appropriate policy experts and issue a response.

Given what has become of Internet poker in the U.S. during Obama’s reign, with no acknowledgment from the man himself, it seemed like an opportunity not to be missed for the poker community.

Drew Lesofski, director of grassroots and external affairs for the Poker Players Alliance, posted the petition on Friday. By Monday, the petition hit the initial threshold of 5,000 signatures that the White House is giving petitions 30 days to reach.

"What we really want is to show the administration that a lot of people care about this liberty," said Rich Muny, PPA vice president of player relations, who mobilized PPA members to sign the petition. "We want it to always be in their heads that poker is in the top-tier of Americans’ interests. To me, that is more important than what response we get from the administration."

For that reason, the PPA is hoping members don’t rest now that the petition has hit the initial necessary total. Muny is asking for more players to sign and to ask family members and friends to sign. On Wednesday morning, the petition was up over 6,500 signatures.

That placed it 21st of 86 petitions made. A petition to legalize and regulate marijuana use leads the way with over 40,000 signatures. Some of the petitions are repetitive. Six of the 20 in front of the poker petition involve the legalization of marijuana.

The website warns that if a large number of petitions reach 5,000 signatures, the needed total may be raised so that the workload for the White House is manageable.

Signing the petition requires submitting a full name and email address to sign up for a whitehouse.gov account. The process takes a minute at most. Last names are not shown on the signature page, just first names and last initials.

"It’s very important for everyone in the community to participate," Muny said. "We want to stay above any bar they choose. It’s very gratifying that the White House thought a good proposal would take 30 days to get 5,000 votes and we did it in three days. That shows the strength of our community. More votes will increase our priority in getting an answer. Every additional signature is an important one."

It’s unclear whether responses will come from a specific person or under the general label of the Obama administration or the President himself. Petitions will be up for signatures until Oct. 22, then the site says the administration will issue an official response on the White House site within a few weeks.