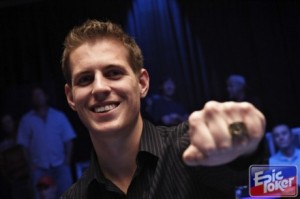 Down South, it’s that time again. Poker season. Every year we look forward to the fall lineup of Mississippi poker tournaments, while sweating hurricanes and notorious gulf weather. Tropical Storm Lee kept things interesting at the recent Gulf Coast Poker Championship at the Beau Rivage. Rainy, windy weather had the locals preparing to evacuate and the poker players worried about the main event number. Priorities, poker players have them.

The worry was for nothing as Lee dissolved into a series of thunderstorms and the main event drew 175 players, 66 more than last year’s turnout. This year the main event’s close was about as anticlimactic as the tropical storm. A chop left Ali “Desert Storm” Alawadhi of Longwood, Fla., signing for the first-place win and technically claiming the championship. The actual terms of the chop are speculative, but we know the final five divided up the remaining prize pool by chip count. The top five also included Bob “Pac Man” Beck of Redding, Calif.; Mark Fledderman of St Louis; James Hartley of St. Petersberg, Fla., and Jim Isper of Gainesville, Fla.

Not quite making the chop, but cashing a nice $15,278 in eighth place was “Smilin’” Don Norman. He has become a bit of a fixture locally, despite being from Marion, Ill. Between Biloxi and Tunica, Norman is an honorary “local guy,” and one who keeps moving up in the ranks. Just three weeks ago he brought home $43,359 for his third-place finish at the World Poker Open at Gold Strike, Tunica.

This is only his second season following the poker tour, but I see great things in store for him. In 2010, Norman signed a deal with Bustout Poker, joining the ranks of other pros such as Matt Stout, Lee Childs, Chad Brown and Jeff Gross. He scored this high-profile opportunity by playing solid poker and by being one of the nicest guys in the game. It doesn’t hurt that he looks like a model either.

Following the GCPC, Norman said of his recent success: “This just keeps getting better and better. You know, I don’t have a favorite moment in my poker career to date. I’ve enjoyed this from the very first hand I’ve been dealt, to the last hand I was dealt. I’m just waiting to hit a big score. I can feel it coming, too.”

“I’m definitely going to travel the circuit this year. My goal is to make the (World Series of Poker) million-dollar national freeroll. I have a great feeling about this season, the deeper I get the better I’m playing late in tournaments,” he said.

Back in Marion, Ill., Norman owns a family construction business and considers himself to be a family man and father first and foremost. Known for his energy, and of course the smile that earned him the moniker Smilin’ Don Norman, we’re proud to call him one of ours down South, even if he is a transplant.

The GCPC was a successful event as expected. Maybe a bit too successful as one noon event had more than 100 alternates. Every table in the event room was packed, with five tables of overflow down in the live room. Staff, which seemed a bit on the light side, worked round the clock to take care of the thousands who made their way through the Magnolia Ballroom. I noted last month that this event’s crew is one of the most professional in the business, and as with the WPO, the GCPC is always a good time and worth making the trip.

• The next event for Mississippi will be the WSOP Circuit event at the IP Biloxi, Oct. 27-Nov. 7. At the Horseshoe in Tunica, overlapping the IP just a bit, is the Magnolia State Classic on Nov. 4-13. This year the first noon event of the Magnolia will feature a $240 buy-in and guarantee a $40,000 prize pool. The full schedule can be found on the facing page. Last year this event was one of the most fun I attended all fall and I’m sure this year will be a success as well.

— Jennifer Gay is a poker journalist, poker supervisor and player from the Mid-South region. She can be contacted at facebook.com/aceofjewels.