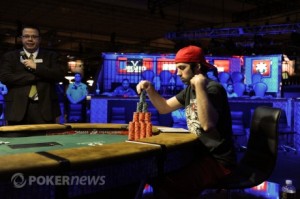 In my July column I tried to anticipate the success of Floridians at the World Series, which was no easy task. And while we didn’t have the same results as 2010 when it came to the November Nine, there were quite a few South Florida highlights in the other bracelets events.

Amir Lehavot of Weston got things on the right track by winning the pot-limit hold’em title in the opening week to bring his first bracelet back to the edge of the Everglades in western Broward County.Davie’s Jason Mercier, recognized as one of the best in the world, defeated Miami’s Hans Winzeler heads-up in Event 35 to capture his second bracelet in PLO, his favorite game, giving South Florida a 1-2 in that event.Mercier would make two more final tables (both in 2-7 draw lowball) and Winzeler finished ninth in Event 42 (PLO).

Which brings me back to my now-softened (and less important) disappointment that there will be no Floridians at the November Nine for the first time. … unless I get a bit creative.

TREND? WHAT TREND? Chino Rheem of Miami in 2008 (OK, so he lived in L.A. at the time; he’s still a Miami guy!), Kevin Schaffel of Coral Springs in 2009 and the Grinder/John Racener/John Dolan trio in 2010 all reached the November Nine. That certainly seems like a Florida trend to me.Now, as Ante Up’s South Florida ambassador, I have to look for a South Florida angle and as the number of players remaining in the event dwindled, I thought I’d found one in Badih Bou-Nahra.

Bou-Nahra appeared in the chip counts identified as being from Ft. Lauderdale.But somewhere along the way in the coverage his hometown became Belize City, Belize.Several local poker room employees were familiar with him from play at the Seminole Hard Rock in Hollywood, though nobody knew much about him.

I chatted via phone with him at his home in Belize and discovered Bob (as he likes to be called) was born in Aargess, Lebanon, to a Lebanese father and a mother from Belize. He moved to Belize City at age 20 in 1982 and has lived there since.

So where does the South Florida connection come from?Bou-Nahra said his mother, sister and daughter live in Ft. Lauderdale and he stays with them for about two weeks at a time every month or two.He has owned a successful grocery wholesale business in Belize City since 1989, importing only American products. He has his America-related mail sent to a Ft. Lauderdale address, thus the listing in WSOP records.

Bob also is part-owner of a small poker room in Belize City, serving mainly as a consultant for the six-table room.He will be the ultimate underdog at the final table, listed as a 12-to-1 longshot along with short-stack Sam Holden.He is by far the oldest player in the field at 49 and has limited final-table experience.

And OK, he’s not a South Floridian, but with a great sense of humor and a laid-back-yet-fearless attitude, Bob is looking to have fun and represent his country well.

“Eight more to go. This is a tremendous opportunity, but this is 100 percent fun for me,” he said, acknowledging he has nothing to lose at this point.That is a dangerous combination, and I know who I’ll be pulling for come November.