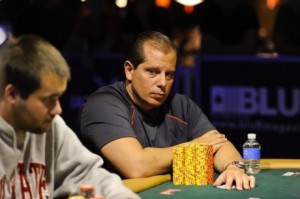 On Tuesday, PokerNews interviewed Tom “durrrr” Dwan in regards to the latest developments regarding Full Tilt Poker, most notably that the company has been likened to a "Ponzi Scheme" by the U.S. Attorney’s Office.

According to your TwoPlusTwo post, your silence over the past few months was due to a non-disclosure agreement. Can you talk about your trip to Ireland at the end of April, why you were there, and how the NDA came about?

I was there because some friends were looking at investing in Full Tilt, and that later changed to buying, once they realized the situation. I would have liked to have been more involved than I was. Unfortunately, one of the things that was important to me was that I get to be in a room with the management of Full Tilt, because I had a bunch of bracelet bets against a bunch of the owners of Tilt, and got second in a spot that would have like more than doubled my net worth if you include the equity of the two and three-year bets. That’s pretty convincing evidence that I’m not gonna be a scumbag. If I was gonna be a scumbag, I would try to be one then.

Because you could have tried to buy a bracelet, is what you’re saying?

Right, yeah, I mean like that kind of stuff does happen. I’m not saying anything about the morals of the guy who won, maybe he would say no if I had offered twice first-place money, I don’t know. But the point is just that these guys have known me long enough, and I was trying to help, and it’s not common that you have a business that you’re trying to sell and the people that you’re trying to sell it to happen to know someone who, you know, knows a lot of the owners and knows the business well.

But anyway, long story short, I wasn’t involved in the discussion, I was just brought in under NDA (non-disclosure agreement), and so I never personally signed anything, so I have nothing at risk, but my friends do. So that’s why I really wasn’t able to say stuff.

After your trip there, why were you so adamant that players would get their money back? Were you told information that ultimately became false?

No, no, I mean, no. It’s just ridiculous that it wasn’t sold. I don’t know. After I’d been there and, you know, found out additional information and stuff, it seemed like a very viable business. It still seems like a much more viable business than a lot of the people that I’ve talk to seem to believe, a lot of people not affiliated with Tilt, who don’t know the numbers and things. But if you go back to May or June, I think it was very viable. I definitely thought the chances of it being sold were way over 80 percent.

The public is looking for the right people to blame. Obviously, we have four people listed now, but people want to know if any members of Team Full Tilt were aware of wrongdoings and/or participated in behind-the-scenes business actions?

So, to go to your question, I really believe that a lot of the owners, possibly all, possibly some, didn’t know as of late April. I’d rather not go into complete specifics for the reasoning behind this, but from the way it came up when talking to some of the owners, I really believe that they didn’t know. Plus there’s just the logical side that like any logical human being that owned a piece of Full Tilt, if they found out there was a shortfall on players’ funds, would have said, ‘What the hell are you doing? Stop processing U.S. deposits and probably stop allowing them to play on the site.”

Are you one of the approximately 23 individuals who own shares in FTP?

No. If I owned a piece of Full Tilt, I would not be doing these podcasts. I’d be sitting somewhere in, I don’t know, where’s a place that doesn’t have extradition?

Do you find it suspicious in any way that Phil Ivey was not named in this?

When was the last time you spoke to either Howard Lederer, Ray Bitar, or Chris Ferguson? What was said during that conversation?

I don’t think I’ve talked to Chris since Black Friday, I could be wrong, but I’m pretty sure I haven’t. Ray, I sent a few texts to a few days after Black Friday cause I asked him if I could guarantee a million dollars and he said no. Then I did it anyway. I don’t know, maybe I shouldn’t have said that, I feel kind of bad. Howard, to his credit, has been very open and picked up the phone and answered questions.

I haven’t caught him in a lie yet, and just like anyone who’s in a position that he’s in, I’ve obviously tried because it’s hard to trust someone in his position. There’s been times that he’s avoided a question or two, or maybe told a half truth, but it’s still pretty strong for him not to have lied yet. Now who knows, maybe he’s out there lying to everyone else and not me.

Do you worry about your own personal safety around disgruntled poker players? If not yours, do you think others including board members should fear for their safety?

I don’t think that they should need to, but sure, maybe there’s a chance that someone gets crazy or whatever, but even for the people on the board, they weren’t intending to be criminals, definitely [there are] people who are up to worse all the time. That’s not to sanction what they did, I think it’s very ridiculous what they did, and I do think that they should at least have civil actions taken against them, which clearly are going to happen. Obviously I’m not condoning anyone committing violence against any of those people.

What is your plan for the future as far as playing online?

[Jokingly] I think I’m just gonna get a proxy and play from the U.S., they sanctioned that, right? I don’t know, I guess I’m going to need to move. I don’t know. It just makes me angry.

I don’t know, I’m sure there would have been had you asked me at the start, but now I’m all tilted because I’ve been thinking about Full Tilt for the last 25 minutes. So I just want to go bang my head against the wall.

To hear even more, including Dwan’s thoughts on how former Red Pros should proceed, the DOJ actions and accountability, players’ funds, and how his recent USO tour influenced his take on things, be sure to listen to the entire podcast.