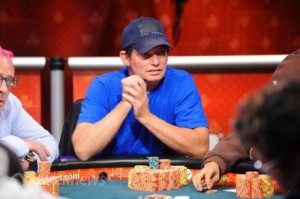 Everyone knows the Epic Poker League is giving plenty back to its players, including plenty of perks and $400,000 in added prize money to each prize pool. Another thing that EPL is doing for the players is a $1,000,000 freeroll at the end of the season for the top 27 money earners from the four regular-season Main Events.

In the first event, it was Chino Rheem who defeated Erik Seidel heads up to earn the $1,000,000 first-place prize. In the second, Mike “Timex” McDonald bested David Steicke to win $782,410. The first event awarded payouts to 18 spots while the second only paid 12.

For the freeroll at the end of the season, the 27 best-performing players will have their chance to play for a $500,000 first-place prize in this event that will be paying out the top six spots. Let’s take a look at the top 27 money earners after two of the four regular-season Main Events have been completed.

Out of all of the in-the-money finishers from both Main Events, only Seidel, Isaac Baron, Adam Levy and Matt Glantz have cashed in both events. Brandon Meyers, Sean Getzwiller and Dan Fleyshman are making the most of their chances in the Main Event and are currently in the top 27 money earners. All three of them don’t have EPL membership cards and have won in via the Pro/Am Qualifier.

The final two spots are still up for grabs, but that should all come into play next time around. The benchmark seems to be making the final table of one of these events in order to just about guarantee your way in the top 27 – at least that’s how most of the players feel.

The next event of the EPL takes place on December 14-18 and more names will find their way into this list. It’ll be interesting to see who gets moved in and who gets bumped out, so be sure to stay tuned to PokerNews for all of our coverage of the EPL.