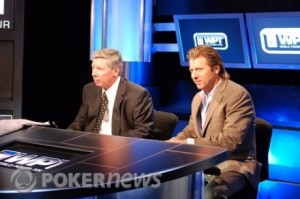 The second Epic Poker League Main Event has ended with Mike "Timex" McDonald coming out on top of the 97-player field to win the $782,410 first-place prize and coveted champion’s ring.

When play began at the eight-handed final table, there was no shortage of talented players. Along with McDonald were Erik Seidel, Dutch Boyd, Fabrice Soulier, David Steicke, Sean Getzwiller, Isaac Baron and Nam Le. McDonald had quite a task in defeating the other seven players, but he proved he was up to the challenge.

The first four eliminations of the day happened relatively quickly. Boyd was the first player to go when his pocket jacks ran into Seidel’s pocket aces. The next player eliminated was Getzwiller. His performance was particularly impressive because he has now participated in both EPL Main Events having won his seats via the Pro/Am Qualifiers. As a result of his final table appearance on Friday, Getzwiller now has a temporary EPL card that will allow him to buy in directly to the next EPL event.

The next two players to be eliminated were Baron and Le. Le’s elimination came on the 46th hand of the day, and that’s when things slowed down quite a bit. Although a number of large hands took place, another player was not eliminated for over five hours. That player happened to be Seidel.

Seidel had a very up and down day, at times being the chip leader and at others ending up as the short stack. Seidel finished second in the inaugural EPL Main Event and has clearly made himself a force to be reckoned with, with this fourth-place finish.

Soulier was very aggressive during the lengthy three-handed play, shoving all-in preflop at least a dozen times without being called. McDonald eventually looked him up with Soulier’s

. The board brought no help to Soulier, who headed to the rail.

Heads-up play only lasted 23 hands. Even though their stacks were similar in size for the first part of heads-up play, the turning point came when they got all the chips in the middle in a classic coin-flip situation. McDonald was the one at risk holding

. The board gave McDonald quite a sweat as it ran out

Steicke was hot on the comeback trail though and doubled up two times, once when his

and then again when his

. Those two doubles put Steicke back over the one-million mark.

and ran into McDonald’s

and Steicke was eliminated in second place, making McDonald the winner! Twenty-one-year-old Mike McDonald became the second EPL Champion, winning the Champion’s Ring along with $782,410.