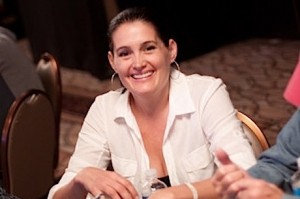 WSOPC BOSSIER CITY WAS JONES’ VISION
The Long and Winding Road is an apt soundtrack for what will transpire Sept. 8-19 as the World Series of Poker Circuit kicks off a new season of events at the Horseshoe Bossier City. It’s been years in the making and brings full circle the journey of a man widely regarded as the godfather of Louisiana poker.

Dennis Jones returns to the Horseshoe to help officiate the WSOPC as a member of Jimmy Sommerfeld’s crew. It will be the first time Jones has run a tournament here since leaving as manager in August 2010.
When I spoke to him from his home in Monroe, Jones admitted it will be an emotional experience.

“The people there are mostly people I hired when I was room manager and they became like family to me,” he said. “I’m sure it will be an emotional time to get to see and work with them again.”

Jones left an indelible impression on the Horseshoe poker room that exists to this day, and his work set the standard for every room in Louisiana. The bar was high, and Jones attributes that to a philosophy he adopted in the beginning.

“I really tried to think of the room as my own property and manage it that way. It was very personal to me, and that’s still how I approach my job.”

While he may not be a daily presence in the room, his legacy is being validated in the form of the WSOPC event. Jones never stopped trying to get on the circuit schedule despite constant roadblocks.

“I tried for several years. We had this great venue, the Riverdome, that would have been perfect, but there was no way to do that unless we could figure out how to get water under it. The biggest hurdle has been finding a way to host the event that would be approved by the Louisiana state police, and the solution chosen was the roof.”

The WSOPC events will be under a tent-like structure on the roof. The Horseshoe had the option to rent or buy the equipment and they chose the latter, which would seem to indicate it is committed to having an event on the WSOPC schedule every year.

Richard Morris, supervisor of poker room operations, said the portable enclosure can be used to host other events and may be used when the buffet is renovated this year.

If the recent experience of the WSOPC in Oklahoma at the Choctaw Casino in Durant is any indication, the numbers needed to make the Bossier event a success probably will be there regardless of the venue. Jones said he expects a large number of players from Texas and Oklahoma to make the trek. He’s also sure we’ll continue to see young players be a dominating force on the felt.

“There are a few reasons for that,” Jones said, “but I think mainly it’s because these young guys really study the game. They’re percentage guys, they know the numbers. And the events, especially the main event, are just so grueling on a physical, as well as mental, level. These guys have access to better information than the players had years ago. At a break they can Google their whole table and see who’s aggressive and who’s weak. Most of them got started online very young.”

I also asked Jones how he felt about men entering the women’s events and he proposed a creative solution.

“We talked it up in Vegas this year about perhaps making the ladies’ event a $10,000 buy-in with a $9,000 discount for (women). The $9,000 extra for any man who wanted to enter could have been donated to charity or something. At any rate, I don’t think they should play.”

The Bossier event falls in the middle of a hectic time for Jones. After wrapping the tournament here he is off to Cannes for WSOP Europe.
When the cards finally go in the air this month at Horseshoe Bossier, tournament players have Jones and a host of casino staff behind the scenes to thank for it. It will be remembered as a part of Jones’ legacy to Louisiana poker.

NEW FORMAT: The WSOPC will be rolling out a new format beginning with the Bossier stop. The buy-ins for several events have been reduced.

Most will have a $345 price tag and the hope is that more players will be enticed to take their shot at winning a ring. Promoted as 12 Rings in 12 Days, the format also sets the buy-in for the championship at $1,500.

Players unable to participate at these levels can still be a part of the action with nightly $100 tournaments and a $50 rebuy satellite to the championship is planned.

Those seeking cash games won’t be disappointed. The circuit events are not expected to interfere with the normal operations of the Bossier room, which will continue to operate 24-7 with its standard staff. A separate crew of dealers will be used on the roof for the tournaments.

SEVEN CLANS: For the sixth consecutive year the Seven Clans Poker Cup Series returns to the Coushatta Casino Resort, which hosts the event twice a year. The Sept. 21-25 event is the final Clans series for 2011.
Shift supervisor Edana Ackless said the room is prepared to accommodate a large number of tournament players.
“We can take up to 240 entrants for each of the three events and we usually draw a good field. This is the first year we’ve reduced the number of series events to three.”

The Seven Clans is among the most prestigious events in the state when it comes to local players, and Cajuns take bragging rights seriously. Expect a tough field of players if you decide to make the trip down south and look for a complete recap in an upcoming issue of Ante Up.

— Scotty “The Spokesman” Rushing is a poker professional and sports journalist. Email him at scottyrushing@gmail.com and you can follow him on Twitter: @scottyrush.