You can find just about anything in L.A. poker rooms 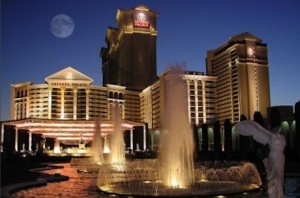 If you’re a poker player, there’s so much to like about Los Angeles-area poker. No matter the type of player you are or the game you play, you can almost certainly find your game, at your stakes, any day of the week.

In Los Angeles, you won’t find casinos, at least not like you’re used to seeing in Las Vegas. There aren’t massive structures with enough guestrooms to house all the inhabitants of a small town. You won’t see a slot machine or video poker.

You might see other games that sound a lot like the games you’re used to, but usually with some slight variation.

Among the games you’ll see are Pan 9, Pai Gow tiles, and “No Bust Blackjack,” where if the dealer busts worse than you do, it’s a push. Even craps (when offered) is played with cards instead of dice, but the odds and payouts are the same. Vegas has casinos; Los Angeles has cardrooms.

Depending on the mood, I may go to any of four or five of the Los Angeles rooms near my house. If I just want to stay close to home or plan a short session, I’ll go to Hustler Casino. For the longest time I didn’t go there. My wife, who also plays, thought she may feel uncomfortable there. After a couple of friends assured her it was nothing like I’m sure a lot of people envision, we went. Now it’s her favorite room, I think mostly because of the convenience.

When out-of-town-poker-playing friends visit, I make sure we visit Hollywood Park to play their weekly daily midday rebuy. It’s a $40 buy-in with $10 rebuys for 500 more chips. You can add 500 or more chips depending on your stack size. This is the craziest, most chip-flying, rapid-fire rebuy event ever seen. Its low price guarantees a big turnout and many rebuys.

For great cash games or tournament series, you have the biggest rooms in the area, the Bicycle Casino (the Bike) and Commerce Casino (the world’s largest non-virtual poker room) are the best. Both have multiple series per year and host WPT events that usually culminate the tournament series.

Commerce has a great series that began Aug. 31 and runs through Sept. 18 called the Commerce Hold’em Series. It’s comprised of 17 events with buy-ins ranging from $60 for Facebook fans to the $2,085 championship.

It features all-in-or-fold, knockout, turbo and eternament (two-hour levels, insanely slow structure) events. The first event is a $225 no-limit event with multiple starting days and re-entry, which Commerce started last year. It allows you to enter again on the next starting day if you bust in an earlier Day 1.

Of course, all Commerce tournaments have a Matt Savage structure, which ensures you will get a fair amount of play. If you’re in the area, I recommend checking it out.

— Dave Palm is Ante Up’s Los Angeles Ambassador. You can email him at LA.AnteUp@gmail.com.