Horseshoe Hammond started it all 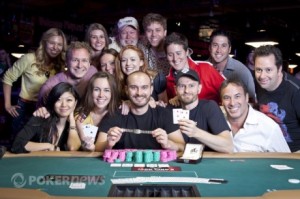 For the fourth year the Horseshoe will host the World Series of Poker Circuit in October; in March it’s the Chicago Poker Classic.Both events draw a large number of players.

• For charities in Illinois, poker tournaments are an excellent source for generating revenue. For some charities, tournament revenue is a lifeline for keeping programs going. Family Counseling Service of Aurora recently paired with Hollywood Casino to run their first charity tournament July 7. FCS is a non-profit community agency that helps families manage their problems.

— “Chicago” Joe Gieturga is the Ante Up Ambassador for the Chicagoland area. You can email him at chicago.joe@comcast.net.