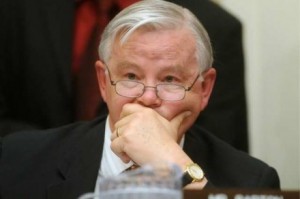 With the preliminaries of the 2011 World Series of Poker finally out of the way, everyone’s focus is exclusively on the Main Event. Annie Duke, Brad Garrett, and Ray Romano welcomed everyone to the Rio and kicked off Day 1c on Saturday. Day 1c was by far the largest field of the Main Event thus far as 2,181 players turned out to begin their journey toward poker’s Holy Grail.

Phil Hellmuth chose Day 1c to make his grand entrance to the Main Event. However, this year his entrance was somewhat toned down. Instead of his typical, nearly circus-style entrance of the past, he showed up to the Rio in a suit and holding an ESPN microphone. ESPN had Hellmuth film some lead-ins for their World Series of Poker broadcast. Hellmuth is no stranger to being on ESPN since he has done commentary for the network in the past. Once his bits with ESPN had been filmed, he was free to focus on poker. Hellmuth had a rough day at the table. His stack fell all the way down to 5,000 chips at one point before he managed a double-up to stay alive. Hellmuth survived Day 1c, but with only 11,800 chips.

Jonathan Duhamel began his defense of his 2010 WSOP Main Event title on Day 1c. As expected, he was on the feature table for most of the day and spectators watched the Main Event champion grind throughout the day. Grind is an accurate term for Duhamel’s day since he was up and down for most of the day. He slipped all the way to 15,000 but was able to double-up with

of another player. He was back to his initial starting stack after that hand and was able to grow it to 41,150 by the end of the day.

A fun story on Day 1c centered around Ellen Deeb, the 91-year-old grandmother of pro Shaun Deeb. He bought her into the Main Event for Day 1c, easily making her the oldest player in the field. Jack Effel introduced her to the crowd, and she told the crowd, "You’re all playing for second." Unfortunately, Mrs. Deeb failed to make Day 2 of the event. She was all-in on the turn holding

for two pair with the board showing

. Her opponent showed pocket eights for a flopped set. The river brought the

and Mrs. Deeb’s run was over. Hopefully we will see Mrs. Deeb come back next year, and for many years to come.

After five levels of play, 1,360 players remain from the initial field of 2,181. Kevin Song worked his way up the ladder through the day and finished as the chip leader with 163,325. Christopher McClung is right behind him with 162,375. Adam Junglen finished 10th in chips with 127,025. Other notable players advancing to Day 2 included Kevin Iacofano with 109,275, Ted Forrest with 100,100, and Shannon Shorr with 91,250. Other big names in solid contention after Day 1c include JP Kelly, Humberto Brenes, Dan Shak, and Yevgeniy Timoshenko.

Players from Day 1c will combine with the survivors from Day 1a, making a field of 2,031 players that will return on Day 2a. Fred Berger will lead the combined fields with 209,500 when play resumes.

For complete coverage of Day 1c of the Main Event, check out our live reporting blog.

The final Day 1 field will take to the felts on Sunday, and it promises to be the biggest field of the Main Event. Day 1d kicks off at 1200 PDT (1900 GMT) and the field is already over 2,200 player. How high will the field rise? The only way to find out is to follow our coverage.

This past week was a short one for the PokerNews Podcast crew due to the Fourth of July holiday. When they came back, they prepped everyone for the Main Event and broke down the $50,000 Poker Player’s Championship. They were also joined by guests Andre Akkari, Jack Effel, Faraz Jaka, and Matt Glantz.

To catch up on anything you missed, check out our archives.

Sarah Grant caught up with Sorel Mizzi during Day 1c of the 2011 WSOP Main Event. She talked with him about why he feels that he is blessed, a Canadian tax refund company he endorses, and why Canada is such a great country.