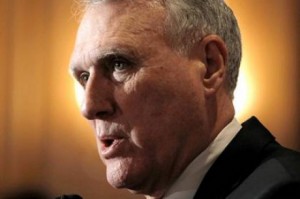 Halfway through May the Borgata poker room hosted a $1,000 no-limit hold’em tournament with a guaranteed prize pool of $250,000. It was billed as a deepstack double-play tournament, meaning anyone who happened to bust out on Day 1A was allowed to buy in again on Day 1B. All told 451 players entered, making the first-place prize a little more than $111,000, and that went to a rising star who has tasted victory at the Borgata before, Alexander Queen.

For the 22-year-old Queen, born and raised in Bethlehem, Pa., the six-figure payday was only a fraction of his biggest score at the epicenter of poker in Atlantic City. In 2010 he won the Borgata Spring Open championship for a sweet $355,535. With close to a half a million in earnings at the Borgata alone, one has to wonder what makes him so deadly at the tables there.

“The tournament structures are just really good, leaving lots of play throughout,” he said. “The staff does an excellent job there and running good certainly doesn’t hurt either.”

The Borgata isn’t the only casino at which he’s getting comfortable, however. He outlasted more than 250 players to win the inaugural Delaware Park Poker Classic’s championship event, earning $56,111.
“They definitely have some kinks to work out, but the staff is excellent,” he said of one of poker’s newest destinations. “I wouldn’t be surprised if they have 400-plus for their next main event.”

His interest in poker was sparked in a similar fashion to many of the players who find themselves in the game today.

“I got fascinated by watching the WSOP on ESPN when (Chris) Moneymaker took it down in 2003,” he said.

Queen started out playing $5 sit-n-go tournaments before moving to 5-cent/10-cent cash games. As a senior in high school one of his friends came across freerolls online and the bankroll building began. Perhaps what makes him so good at such a young age is he realized early on he had room to improve.

“At Turning Stone in 2008 I met some really good players that were light years ahead of me skill-wise and it really made me wonder if I was cut out to play this game full time. But I ended up sticking with it and soaked up as much knowledge as I could and it really helped me progress my game along quickly.”

He said learning the game while he was playing pushed his game forward and he had plenty of “a-ha” moments.

“Some of my biggest were when I started thinking about what I wanted to accomplish with my bet or check, or what my opponent had and how my hand was playing against theirs,” he said.

As things came together he soon realized he was on the right path. “Around August of 2008 I started playing a lot online and built up a mid five-figure roll fairly quickly,” he said. “I was running good but it really gave me a lot of confidence that I could play full time successfully.”

With all of that in tow he quickly became a force on the live scene once he became old enough to play in the casinos. He began posting cashes in events at the World Series of Poker Circuit, NAPT, WSOP and PAC.

Speaking of the WSOP, Queen is looking at a pretty full schedule this summer. He plans on playing just about every NLHE event, excluding the $25,000 heads-up and the $10,000 six-max. He also plans on adding in many of the $2,500 mixed-game events.
“I’ve been working on my PLO game a lot recently and am really excited to play some of those WSOP events this year.”

With so much success at a young age and a bright future as a poker player, is poker his be all, end all?

“I still love to play poker and get excited every time I sit at the table, so I can’t imagine being out of poker any time soon. I’d like to get into some other things at some point like the stock market, day trading, real estate or owning a restaurant. So hopefully in 20 years I would have accomplished some of those things, but I’m sure I’ll still find time to get onto the green felt.”

— Cris Belkewitch the Ante Up Ambassador for A.C-Philly. A member of Team Bustout, his insight can be found at thepokerjourney.net.