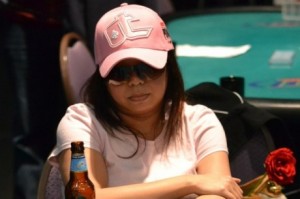 “HPT is one of the great success stories in the poker industry. In a relatively short period of time, the HPT has firmly established itself as an important national brand with a passionate, loyal player base. We are committed to poker entertainment in the broadest sense and to serving players and fans across the spectrum. The addition of HPT to the FS+G family fits perfectly with our approach," Pollack said in a press release.

The Heartland Poker Tour was founded in 2005 by Todd Anderson and Greg Lang. According to its website, “HPT is built on a grass-roots strategy, ‘Real People, Unreal Money’. HPT provides poker enthusiasts a televised . . . poker tour with affordable buy-ins.” The HPT is currently in its seventh season, has awarded over $28.6 million in prize money, and airs in over 100 million US households. Both Anderson and Lang commented on the blockbuster deal in the press release:

"I believe our partnership with FS+G goes a long way to round out the American poker market. Our tour, combined with FS+G professional poker league, creates an offering that serves aspiring enthusiasts of the game, as well as top poker professionals. This alliance will create bigger fields for HPT events, and even greater television coverage and viewership, which will ultimately benefit players, fan and the game," Anderson said.

"Uniting with FS+G is a natural fit because we share the common goal of innovating and growing the poker market. As entrepreneurs with an established history of forging an independent path, we look forward to breaking new ground in poker by leveraging the talents of the accomplished team that FS+G has assembled. As poker players, we are fired up about taking HPT to a new level of excitement and fun for our players and fans," Lang said.

PokerNews had a chance to speak with both Pollack and Anderson to delve into the acquisition in more detail, including what it means for both companies and what fans can expect in the future.

Has FS+G purchased the Heartland Poker Tour or is this more of a symbiotic partnership?

Jeffrey Pollack: This is a purchase. Federated Sports + Gaming is now the owner of Heartland Poker Tour, but I want to stress that the leadership team that Heartland has in place is going to remain. Greg and Todd have done a phenomenal job launching and growing this business. They’re going to continue to keep growing it, but now with a partnership with the FS+G.

How did this acquisition come to be? Who approached whom?

Pollack: I met Todd right around the launch of the HPT. I’ve been a fan of Greg and Todd’s work right from the beginning. So I’ve known of the brand for a while. Over the past year, when we were launching Federated, I wanted to reach out to Todd and see if there was something we could do together, and today’s news is the result of that exploration and that discussion. Also, the result of us knowing each other and becoming familiar with each other over a long period of time.

Todd Anderson: I recall meeting Jeffrey the first time when we were very new, and I came in with the rather ambitious proposal for him to sponsor our tour. Even though that never amounted to anything, I do remember distinctly getting some compliments and praise by Jeffrey, even saying, ‘This is a really cool idea, I think you might be on to something here.’

At that time, most people in my life were telling us that we were crazy, even my family telling me I was off my rocker to try to do what we were doing. Then, about a year ago, Jeffrey invited me out to L.A. and wanted to meet. That kind of led to where we’re at today. We’ve obviously been talking at length over the last year, and I think we’ve landed on something here that we’re all very excited about.

Pollack: It’s a really good fit for Federated. Our desire is to serve the poker community across the spectrum, so the pro league is obviously about the best live tournament professionals in the world. Heartland has a different point of departure and different place in the poker landscape, but one that we think is not only really compelling, but really well executed on the part of Todd, Greg, and their team.

Will the FS+G be using HPT personnel to conduct its upcoming tournaments? Will the HPT serve as a satellite for the pro league? How will you bridge the gap between FS+G and HPT, namely that the former focuses on professionals while the latter appeals to the average player?

Pollack: Let me just say that we’re just getting together, and we’re still working on how best to learn from and leverage Heartland’s incredible marketing and tournament operation expertise. I’m actually going with a few folks from Federated to Heartland’s headquarters in Fargo next week, and it’s a ‘roll-up-your-sleeves’ meeting. We’re going to start figuring out how to fully integrate our operations.

Part of the attraction to us is that Heartland does have a pretty significant marketing expertise. They’ve done a great job growing their player base and fan base, and we want to apply some of those learning to our marketing of our Pro-AM satellites and our Pro-AM events. HPT will be a satellite channel for our Pro-AM events. I wouldn’t be surprised if the winners of HPT events end up earning seats in our Pro-AM events, but we haven’t figured all that out yet. That’s a possibility, and then again the HPT tournaments with a $1,500 buy-in our higher count toward qualification in the pro league. This is about Federated providing a complete poker offering that includes the pros, but also developmental and amateur players.

Anderson: I think the combination of the two [companies] pretty much reaches both extremes of the poker-playing community, so I think that is a nice fit that we can appeal to more, obviously, than just the superstars of the poker world. Our players really run the gamut. Yes, you do have your once-a-month kind of player, but you also have some very accomplished players.

I can point to several [HPT] players who have gone on to win bracelets or World Poker Tour events. Right off the top of my head is Dean Hamrick. He has been to a couple of final tables and he’s qualified in the FS+G. So our players are by and large enthusiasts — players who want to have fun. I call our events ‘fishing trips’ because you go to them and have a good time with your friends and when you leave on Sunday night you haven’t busted your bankroll. I think it’s just a good fit with both ends of the spectrum.

Pollack: Federated is a poker-entertainment company, Heartland is a poker-entertainment company. Together we’re going to provide more of a cross-spectrum offering for players and fans. It’ll create new paths for players to qualify into the league events. It’ll create an opportunity for both platforms to cross promote each other, and we think ultimately this combination will create greater recognition and bigger fields for HPT events. We think we’ll be able to help Todd and Greg grow their television footprint and viewership, and all of that will ultimately benefit the players, fans, and the game of poker.

Does the upcoming professional league by the FS+G take into consideration HPT tournaments stats?

Anderson: They do wherever we have a $1,500 buy-in. Most of our events are $1,500 buy-ins, and they all go toward the point status within Federated.

Pollack: There are two points of connection between HPT and the FS+G league. One, HPT will be a satellite channel for our Pro-AM events. As Todd has said, the majority of HPT tournaments have a buy-in of $1,500 or higher, so those earnings count toward qualification in our pro league.

Darvin Moon recently signed a deal to serve as an ambassador for the HPT. Will he still serve in that capacity now that FS+G has acquired the brand?

Anderson: Well, I can personally attest to the fact that Darvin was just recently made aware of this event earlier today, and he’s excited about it. We didn’t seek to sign a player, but [signing Darvin] just sort of happened through happenstance. He came to one of our events, we got to be friendly with him, and we just realized that he’s really the kind of person we like to associate ourselves with, and he very much represent what kind of brand we have . . . . He’s been having a great time coming to our events and the players absolutely love him. In the preliminary talks that we’ve had with the management at Federated, we don’t see any reason why were going to stop doing the things we’re doing with Darvin and his wife, Wendy.

Pollack: Again, Todd and Greg are going to continue to operate and lead [the HPT]. They’ve done an incredible job so far. We think the relationship with Darvin makes a lot of since, we totally support it, but most importantly we support Todd and Greg’s vision for growing the HPT and we know that Darvin is an important piece of their plan.

Will we continue to see Heartland Poker Tour events throughout the rest of Season VII and into Season VIII?

How has the HPT faired thus far in Season VII?

Anderson: We’re off to our best season yet. We sold out our first event in Las Vegas with 550 players. We had one of the largest prize pools we’ve ever had in Colorado. We opened the brand new market in Reno at the Peppermill Casino. We were there to launch their new poker room, which they’re saying is the nicest poker room in Nevada, and I can’t argue that it isn’t.

So we’re having a great season. We just announced an event that is going to be a $500,000 [guaranteed prize pool] at Turning Stone Casino in upstate New York, and obviously this news [with FS+G] puts everything in a whole new light. 2011 has been a banner year, and we’re looking forward to more of the same.

Pollack: We think this is a terrific fit. We all share a common goal of wanting to grow the poker marketplace, especially in the live tournament space. We think that marrying HPT with the league, in terms of having that cross promotion into our Pro-AM events, make a lot of sense. This acquisition certainly establishes FS+G as a leading poker entertainment company right out of the gate, and we’re really excited about that.