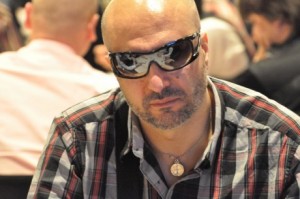 Nestled in the middle of the country, Kansas and Oklahoma have a rich history of outlaws, gunslingers, cowboys and Indians. These lands have been the home of Doc Holliday, Wyatt Earp, Bill Cody and Bat Masterson (all poker players) and became the home of many displaced Native American tribes. The historical sequences of events that have occurred led to the development and operation of some of the greatest cardrooms in the Central United States.

More than a hundred tribal casinos dot the territory, providing more than 30 poker rooms that cover a variety of poker games from limit to no-limit, Omaha and hold’em to stud. So whether you’re a rounder, online poker outlaw, chip slinger or casual player, you can find a game on the plains, come snow, sun or rain any day of the week.

The largest room in Oklahoma is the ever-popular Winstar World Casino in Thackerville, which houses 46 tables and sits just across the Texas border. Here you will find the largest tournament prize pool in the region during its annual tournament series “The River” in August. The main event’s first-place prize has neared or exceeded 10th-place money in the World Series of Poker Main Event two years in a row, last year’s being more than $700,000 with a buy-in of $2,100.

Professionals such as Michael “Grinder” Mizrachi, Allen Kessler, T.J. Cloutier, Annie Duke and Greg Raymer (who is Winstar’s official spokesman) have been a part of Winstar poker action.

During a visit to the 2010 main event, all 46 cash tables were full with a waiting list more than 100 deep. Games from $4-$8 limit to $10-$20 pot-limit Omaha were running with a buffet of games in between. The room continues to boom whether the tournament series is running or not, so take some time to check out winstarworldcasino.com or call 800-622-6317 for more information.

On the other side of Lake Texoma, just 90 minutes away is Choctaw Casino in Durant, which also pulls a majority of its players from Texas. Recently added to the WSOP Circuit schedule in January, the 30-table room provides a comfortable atmosphere on the second floor away from the bustle of slots. Games range from $4-$8 limit to $2-$5 and $5-$10 NLHE with daily tournaments and player comps.

Choctaw also is the home of the Cloutier Choctaw Poker Classic that runs in September. Last year the cash room was full with up to 100 players on the waiting list during the event. For more information go to choctawcasinos.com/durant or call 800-788-2464.

Directly north, just near the Missouri border, four miles west of Joplin, Mo., stands Downstream Casino and Resort. Downstream’s poker director and Florida native Elliott Schecter knows what it takes to draw players to his room. With serious action and the lowest rake in the state (and most of the country), accompanied by the generous player comps and excellent service, it’s no wonder the players stay happy and keep coming back.

On the current schedule is the Four States Poker Championship, which ends June 4, a perfect way to celebrate the tournament season for those that don’t make it to the WSOP. Buy-ins start at as little as $40. Downstream also runs two Heartland Poker Tour events per year (the next event is scheduled for Sept. 15-25). Cash games are always running and this jewel of the region is worth a visit. Look them up at downstreamcasino.com or call 918-919-6209.

Players in Tulsa have several options for local cardrooms. The most popular cardroom begins with Hard Rock. The new room on the second floor has 12 cash tables that spread to 60 during all major events held quarterly. Hard Rock’s annual Mid-South Poker Classic concluded May 16. Main games played here include $1-$2 and $2-$5 NLHE to $1-$2-$5 pot-limit Omaha. The abundance of amenities at this resort and the successful “Team Hard Rock” poker promotion provides a field of regulars as well as attracts many new tourists. Visit hardrockcasinotulsa.com or call 800-760-6700 for more information.

Another poker stop in the Tulsa area with three locations is the Osage Million Dollar Elm Casino. The Tulsa location has eight tables, Bartlesville houses three and Sand Springs has two and they are all spreading a regular $1-$2 NLHE game. Different daily tournament schedules and bad beats are offered at each property to provide maximum variety. Guests 18 and older are welcome to play. Million Dollar Elm’s desire to continually improve the outstanding guest service is a reason for its poker success. You can find more information on these rooms at milliondollarelm.com.

There aren’t many casinos in Kansas, but operating just near Topeka is the very popular Prairie Band Casino and Resort. Though there are only five tables in this room the main games played are $5-$10 NLHE and $5-$10 hold’em/Omaha. There are daily tournaments and a bad-beat jackpot running in this recently remodeled room, which has kept a regular constituency of players for nearly seven years. To get in this game visit pbpgaming.com or call 785-966-7777.

Kansas gaming has been in a tornado of legality and red tape over the past several years, though it did manage to open the first state-run casino in the nation, Boot Hill Casino, in Dodge City, which has two poker tables. Wichita, however, is teeming with players. It is the home to the first free Amateur Poker League, which coupled with WPT to create the WPTAPL. It’s home to many other cardrooms, too, operating under gray areas in the law and hoping to pull out a win in future gaming law decisions. Games from $1-$2 NLHE and $10-$20 limit are scattered about the city keeping the poker population thriving and happy.

Join me next time for an in-depth look at a few of these properties with insight from the cardoom managers about why they are so successful.

—Crystalynn Harris is the Ante Up Ambassador for the Oklahoma-Kansas area. You can email her at crystalynn@anteupmagazine.com.