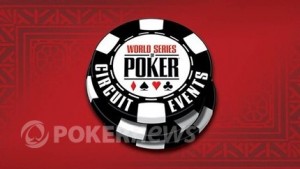 Living in the Ohio Valley most of my life, you get used to seeing some odd weather patterns from time to time. For example, it’s common for it to be sunny and 70 degrees one day, only to have it be rainy and 40 the next. I’ve even seen snow on Halloween and 70 degrees the weekend before Christmas.

But I haven’t seen anything like the amount of rain this region has received in the past few weeks. Over 15 inches of rain has fallen in Kentuckiana in the closing weeks of April. And with a lot of rain, comes flooding, especially along the Ohio River. The flooding has affected residents and businesses along the Ohio, including Southern Indiana’s casinos.

Some casinos have been hurt more than others. The Horseshoe Casino in Elizabeth, Ind., has had to close twice this year because of the rising waters. The casino was closed for six days in March and again the last week of April.

Some casinos made the best of a bad situation. Belterra Casino ran ads promoting they were still open despite the rising river levels. No word from the casino on whether they saw an increase in business due to the closure of the Horseshoe.

One casino that hasn’t had any trouble from the flooding has been Hollywood Casino in Lawrenceburg. Hollywood’s general manager, Tony Rodio, said flooding has not been an issue since the casino opened in 2009, replacing the former Argosy Casino, which was a traditional riverboat casino.

Rodio said the Hollywood, which resembles a building more so than a boat, is permanently moored at a level much higher than the flooded river has reached.

At press time, all Southern Indiana casinos were open because the rain in this area had subsided.

DERBY POKER RAISES $30K: Phil Hellmuth was on hand again to emcee this year’s Derby Poker Championship, which he co-hosted with Robert Williamson III and Hall of Fame basketball coach Denny Crum. Hellmuth even called the action as he played.

This year’s big winners were poker pro Dan Shak and Boys II Men’s Nathan Morris. They chopped the final prize money to share first-place honors. The event raised more $30,000 for Blessings in Back Pack and the Health and Climate Foundation.

Another big event around this time of year is the Derby Festival Texas Hold’em tournament, which was scheduled for May 3 but has been rescheduled for June 28. The tournament is held aboard the Belle of Cincinnati, which was unable to make the trip because of flooding. Look for coverage of that event in an upcoming column.

— Don Lawson is the Ante Up Ambassador for Kentuckiana. He’s a part-time journalist and avid poker player. He can be reached at anteupdon@gmail.com.