It’s the most wonderful time of the poker year 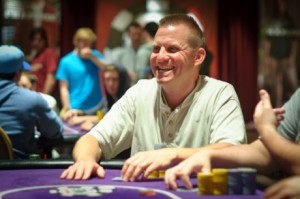 Thousands of poker players have descended on Las Vegas, making this time of year the poker equivalent of Christmas in retail. The World Series of Poker is the best time of the year in Las Vegas, and no, not just for tournament players. Since I often get some common questions from cash-game players during the WSOP I thought I’d answer some of those and mention some great value tournaments happening around town (not just at the Rio).

The most common questions pertain to finding the “best” games, the best low buy-in tournaments, the best room promotions and where to play games other than hold’em.

Finding the best games: Frankly, you should be wondering where NOT to find the best games. The WSOP greatly increases traffic to nearly all Strip rooms and has significant overflow effect on rooms off the Strip but near the Rio (Palms, Orleans, etc.). The highest number of cash games (with the greatest variety and limits) will be found at the Rio, obviously, but keep in mind the WSOP side games there start at $1-$3 no-limit hold’em and have a 10 percent, $5-max rake (in their small games), with no automatic shufflers and no comp tracking on the Total Rewards players card, unlike all other rooms.

The Rio also does not offer cash-game promotions, which many serious players prefer since there’s no jackpot drop. Many casual players find this uninviting. Also, keep in mind Caesars Entertainment poker rooms all have a 10-percent, $5-max rake in their smaller games plus a $1 jackpot (jackpot excepted at WSOP). All other rooms in Vegas drop 10 percent/$4-max on most games (plus a $1 jackpot in non-destination rooms).

During the WSOP I like playing NLHE at the Mirage, Bally’s, Palms, Venetian and Rio (among many others). For other games, I like Orleans, Aria, Rio, Venetian and Bellagio.

These are just my preferences, but as a general rule I think you’ll find the best games on or near the Strip. During the Series all rooms are packed with great games.

Best low buy-in tournaments: This is a bit of a loaded topic as it depends on what you consider “low.” For less than $100 I recommend Stratosphere, Treasure Island or Mirage. Up until recently, the Sahara offered the most popular low buy-in tournament in Vegas, eclipsing 100 runners nightly.

However, with the closing of the legendary Sahara, the Stratosphere has adopted its schedule and added tables to accommodate. Those three casinos offer $45-$65 tournaments with reasonable structures, rake and decent-size fields. For $100-$500 events I suggest Venetian, Aria, Caesars or the daily “second chance” tournaments in the WSOP rooms at the Rio. These tournaments offer solid structures, reasonable rake and sizable fields with large prize pools.

Best promotions: Some rooms suspend promotions during the WSOP because they know they’re going to be busy. Normal daily high-hand jackpots and bad-beat jackpots will continue, but special promotions such as freerolls, rakeback, aces cracked and hours-based promotions often are suspended at Caesars Entertainment rooms.

Generally, the only rooms that really do “big” promotions are convenience or locals rooms that drop a jackpot rake (Mirage, Treasure Island, Stations Casinos, etc). The big destination rooms usually don’t offer promotions, as they really don’t need to. The most common promotion in poker rooms is a high-hand jackpot, which is paid by the jackpot drop and can be static or progressive (or both, depending on the hand rank).

GAMES OTHER THAN HOLD’EM: By far this is my favorite topic as I’m a poker player who LOVES mixed games, Omaha, and anything other than boring old hold’em. During the WSOP, mixed games spring up in pretty random places, but for the most part, the best places to find them are at the WSOP room at the Rio, Venetian, Aria and Orleans. If you’re just looking for Omaha/8, I recommend Orleans, Bellagio or Venetian, depending on what limits you seek.

The Orleans often becomes a hangout for WSOP dealers once they get off shift, so it often has a great low-limit mixed game running (plus Orleans offers a $3-max rake on all games, cheapest in the city). The Aria runs a $12-$24 mixed game nightly, and the Venetian offers a variety of games all year (not just during the Series). Of course, the Rio offers the best mix of game variety, but often at higher limits. It’s always best to call ahead to check to see what non-hold’em games are spreading before you go anywhere. They can be sporadic.

Hopefully these condensed answers to your most common questions will help you make good decisions on where to play. Play well and good luck!

— Michael Hamai (a.k.a LasVegasMichael) resides in Las Vegas and is Content Manager and Editor of AllVegasPoker.com. You can follow him on Twitter @LasVegasMichael or email him at MichaelHamai@aol.com.