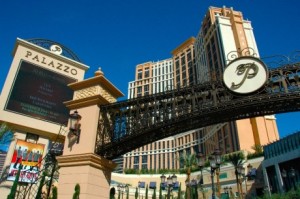 Representatives of the Poker Players Alliance held more than 130 meetings at the offices of House and Senate members on Capitol Hill as part of an organized D.C. fly-in Tuesday.

Congressmen Joe Barton (R-Tex.) and John Campbell (R-Calif.) showed up to speak at a PPA rally held outside the Capitol Building. Barton announced plans to introduce his own bill to license and regulate Internet poker later in this session of Congress. Campbell already has co-sponsored a bill with Barney Frank.

"I thought the fly-in went better and more smoothly than we could ever have expected, especially when it was planned in three-and-a-half weeks," said PPA executive director John Pappas. "We met a lot of new and interested supporters for our cause and reinvigorated some old allies."

Only about 50 people showed up to the rally. The PPA flew 24 state directors or advocates out to D.C., meaning that representatives from the organization met with lawmakers from California, Florida, Colorado, Kansas, Kentucky, Louisiana, Georgia, Illinois, Michigan, Massachusetts, New Hampshire, New Jersey, New York, North Carolina, Ohio, Oklahoma, Oregon, Pennsylvania, Tennessee, Texas, Utah, Virginia, Washington and Wisconsin. But few of those state directors were able to make it to the rally because they were busy in meetings.

Pappas said about a dozen regular PPA members came to D.C. to meet with representatives, while another 50 or so had meetings at the district offices in their own state.

Considering the attack the U.S. Department of Justice has made on online poker with the Black Friday indictments and this week’s seizures in Maryland of the domain names for Doylesroom.com and Truepoker.com, it was hoped that more players would become active in the fight for legislation.

"The lawmakers said at the rally exactly what we’ve been telling players for a long time, that your voices count," Pappas said. "The players need to be the ones driving this. Both of the members of Congress said that, if not for the PPA, this wouldn’t be a topic in D.C. Obviously we would have liked to have more players there, but I’m not sure what the PPA could have done more to promote it. We did all we could and those who could make it made it, and we appreciate them being there. I’d like to think we can have a million-poker man march but past experience doing these things is that we’re just going to get a handful of people who actually are going to make an effort to come to the rally."

Barton hopes to move his bill through the House Energy and Commerce Committee, presenting a better opportunity to move a poker bill in the House since the Campbell bill isn’t likely to move through a House Financial Services Committee that is now chaired by Rep. Spencer Bachus (R-Ala.), a staunch opponent of Internet gambling. Barton said that the PPA has been involved in finalizing the wording of the bill.

"We believe the Barton bill will be very player friendly," Pappas said. "Will it be 100 percent of what players want? No. Will it be better than the status quo? Absolutely. We’re not giving up on the Financial Services Committee but we think we have a better chance to move through the Energy and Commerce committee, where they don’t have a chairman who is obstinate."

Pappas said that many of the meetings Tuesday focused on members of the Energy and Commerce Committee, and that the PPA is considering holding rallies at the local districts for key members of the committee in the future.

He does think the rallies, even with a modest turnout, do make an impression on lawmakers. Many of the PPA state advocates who met with members of Congress during the fly-in reported that the representatives seemed more knowledgeable about the issue than they had in the PPA’s previous two D.C. fly-ins. It’s not a new issue to them anymore.

"This is a big industry here, folks," Rep. Campbell was quoted by USA Today as saying at the rally. "And if we put the consumer protections and everything we’re talking about (into law) … it won’t be Americans playing on foreign sites. It will be foreigners playing on American sites."