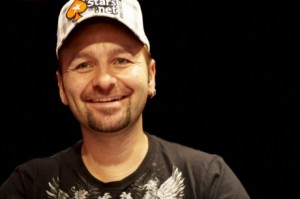 April 27 was a dreary, overcast day, otherwise unremarkable when I woke up from a lengthy post-graveyard-shift nap to dozens of text messages from poker players and co-workers. The casinos in Tunica, all nine of them, were closing indefinitely because of massive amounts of projected flooding, I was told. I ran to the window for a look. There were a few puddles, but nothing more serious than a typical April shower would produce. Surely, there had to be a mistake. Even my boss, who confirmed we’d be closing, had little information otherwise. All we knew was on May 2 the Horseshoe would be among the last of the casinos to remove all assets from the property and evacuate.

The first day there were more questions than we had answers. The casinos had never so much as closed for a weekend in 20 years of operation, much less the predicted three to six weeks. Rumors replaced typical poker room banter. Many guests suggested this was hype, that if we closed at all we would remain closed no more than a day or two. Guests who felt this would stretch into months of closure were deemed pessimists with a “doomsday” mentality. I have to admit, I was on the “hype” bandwagon. How was an entire industry, which pumps millions of dollars in monthly tax revenue into Mississippi just going to take off a couple of months? It didn’t seem likely.

Webster Franklin, CEO of the Tunica Convention and Visitors Bureau, said, “The biggest concern is that access roads for the properties could be submerged by river water and become unsafe for workers and visitors. … This has been very well planned out and orderly because unlike with hurricanes, we know that the water is going to rise.”

The Mississippi River was rising indeed, and fast. It may not look like trouble outside, but the effects could be detrimental. Original predictions, based on flooding and rainfall in the north, suggested the river would crest May 10 just up the road in Memphis, at a staggering 44-46 feet. This would be the highest the river had been since the epic “100-year flood” of 1937, which peaked at 48.7 feet. Being downstream, whatever the conditions are in Memphis, the river level at Tunica River Park is always around 10 feet higher.

Most of the casinos, in an effort to calm concerns, quickly announced staff would be paid during the first 14 days of closure. After that each property would evaluate the situation and make a decision regarding payroll accordingly. Detailed, organized plans rolled out for removing assets from the property and specific evacuation procedures. We’d call for the last poker hand at 3:30 a.m. May 2, and would then pack up all chips, table banks, decks of cards and any other predetermined assets. The Tunica County Sheriff’s Department would work with SWAT team efficiency, complete with impressive artillery and Brink’s trucks to cart off the valuables to a safe location.

Outside the casino, the sun was shining and the weather was beautiful. It didn’t feel like a natural disaster was in process. The water was subtle, peeking through the woods in places it wasn’t previously. Not what you’d think a flash flood would feel like. I visited some of the lower laying casinos, such as Fitz, which literally sits on the bank of the Mississippi, and got my first indication we might be in trouble.

I stood on the riverbank with casino employees on break and asked if the river seemed higher than normal. A lady responded, “Do you see those bushes there, in the water? Those used to be 20-foot tall trees.” The water was encroaching on the building as massive amounts of debris, including trees, cruised lazily downstream.

During the first few days of closure, calls went out to any employee willing to volunteer. Help was needed on the Horseshoe-Gold Strike-Tunica Roadhouse combined properties. I went to help build a temporary levee around the casinos. My family always has tried to get involved, so it was no surprise when my mother volunteered as well. The first morning more than 200 volunteers showed up. I ended up working on an all-cocktail-waitress crew. These petite women were throwing 50-pound sandbags, rolling out plastic and stacking a 5-foot retaining wall to withstand the coming water. Media crews were on site snapping photos of us looking less than photogenic in the heat of the May sun, covered in sand and dirt. It didn’t matter; everyone worked side-by-side to get the job done.

In the later part of the afternoon, I found myself on a crew working alongside Steve Reed from Harrah’s poker room. Reed talked about the importance of getting involved. “We’re lucky enough to work for a company who continues to pay us while we’re closed. The least we can do is help,” he said.

At the end of the first day of volunteer efforts, water had begun filling outlying parking lots, rendering them impassable. I made a plea on Facebook for employees and friends to volunteer. Many of the Day 1 volunteers wouldn’t be able to return because they needed to prepare at home for possible evacuations. World Series of Poker Circuit winner and good friend Will “Poker Monkey” Souther responded to the call. He packed his truck full of drinks and supplies and made the almost seven-hour drive from the Gulf Coast to help. On Day 2 we worked on the last of the retaining walls, finishing what would be all that could be done to protect the casinos not surrounded by water.

Souther is well-versed in natural disaster. Local to the Gulf Coast region affected by Hurricane Katrina, he understands the importance of community support during times like this. Said Souther: “I play poker for a living. So this is no different than the other employees helping out. This is what we’re supposed to do.”

As we packed up to leave at the end of Day 2, boats lined the parking lot to shuttle people across the properties as the water continued to rise.

Emotionally and physically exhausted, with the volunteer efforts wrapped up, we left. Souther went to Tuscaloosa, Ala., to lend assistance there and I returned to Memphis, where evacuations in the thousands were taking place.

As predicted the river crested the week of May 10 at about 48 feet in Memphis, meaning we reached about a 58-foot crest in Tunica. The crest is defined as a “broad crest,” one that will take a long time to entirely recede.

Surprisingly, most of this has remained out of the national media. Facebook has been instrumental in getting the word out about conditions here in the Mid-South as 11,000-plus casino employees are waiting to get updates on when we’ll be able to return to work.

For tipped employees, who make up a good percentage of the gaming industry’s staff, even continuing to draw their base pay is a devastating financial blow. This is especially compounded for those facing home evacuation. Many poker dealers have scrambled to pick up work in New Orleans, Biloxi or anywhere willing to offer up opportunities.

By the time this magazine hits the stands, Gold Strike, Tunica Roadhouse and Horseshoe had reopened.

For the properties experiencing substantial amounts of flooding, I don’t know what to expect. The information shared on the news pales in comparison to the realities experienced in the regions wrecked by flooding and tornados.

If you have the ability to make a difference through volunteer work, donation or creating awareness please do. If you’re unsure how you can lend a hand, contact me on Facebook and I’ll be happy to help.

— Jennifer Gay is a poker journalist, poker supervisor and player local to the Mid-South region.She can be contacted at facebook.com/aceofjewels.