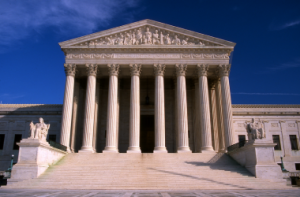 The $10,000 World Series of Poker Circuit Southern Regional Championship kicked off on Thursday at Harrah’s New Orleans, the final stop on the 2010-2011 World Series of Poker Circuit. A total of 70 players bought in on Thursday, and registration is still open through the first level of Day 2. With the first eight levels of action behind him, Brandon Adams is alone atop the chip counts after amassing 136,150 chips to lead the pack into the second day.

Not surprisingly for an event of this price, the field was small and elite with pros flocking in from across the country. Joining Adams, a few of the other Full Tilt Poker Red Pros made the pilgrimage to the Big Easy, though most of them looked a little naked without the familiar triangular patches across their chests. "Miami" John Cernuto was the first to fall, and David Singer arrived late and departed early as well. Joseph Cheong battled with a middling stack all day, finishing with 17,300, while Steve Brecher and John Dolan both had above-average days in the chip count department. They bagged up 49,575 and 61,900 chips respectively to put themselves in a good position heading into Day 2.

Also included in the field today were four of the cashers from the $25,000 WPT Championship in Las Vegas. Wednesday afternoon, Will Failla, David Williams, Shannon Shorr, and David Peters were tangled up among the final 15 players in that event, each of them playing for a top prize of more than $1.6 million. Those four gents all cashed for at least $50,000, but each failed to make Friday’s final table, so they hustled to New Orleans to spend some of that shiny new money.

While the other three survived until the end, Williams did not have a productive day — unless his goal was to get an early start on Bourbon Street. Williams was down to half his stack after Harry Cullen’s

board. A few minutes later, Williams bet and three-bet shoved a ten-high flop with ace-ten. Chad Brown quickly called with two jacks in the hole. Williams couldn’t connect with the turn and river, and he was out of chips before the second break.

Todd Terry was another of the early casualties, but his exit wasn’t exactly due to a misstep on his part. Terry three-bet a raise from David Diaz before the flop with

, and he turned the nuts as the first four cards came

on the turn, and Terry’s easy call went unrewarded as the river

flushed him out the door with a scowl. Other notables failing to survive Day 1 include Darren Elias, Tim Begley, Jared Ingles, and David Miscikowski.

Let’s talk about a happier subject, shall we? The aforementioned Shannon Shorr won nearly $100,000 Wednesday in Las Vegas, and he got off to a good start Thursday in New Orleans, too. Shorr was responsible for the first elimination of the day when he snapped off Mark Pregeant, and he barreled over Jeremiah Vinsant in a later hand to push his stack toward the front of the field. Shorr took the chip lead soon thereafter, flopping trip tens with

to best Diaz’s two mystery cards in another sizable pot. At the end of the day, Shorr had worked his count to 73,550.

There are still three more days to go at the Southern Regional Championship, and our Live Reporting team is on hand to bring you the full story. In the meantime, you can follow us on Twitter to keep up with the rest of the news from the poker world.