Have you ever played online poker at the same table with a friend or two only to have someone no one knows sit in as well? And at that moment you all have the same thought: “I wish we could have a table to ourselves so no one from the outside could crash our party.”

Well, now you can. The folks at PokerStars have come up with Home Games, a new way to play online poker with your friends and family, no matter where they are, without intruders. Who better to give you the details of this revolutionary concept than Vanessa Rousso, a PokerStars Team Pro who plays online more than most? She recently took time out of her Arctic vacation/adventure to call in to the Ante Up PokerCast to give us the lowdown on just how cool Home Games can be.

Give us a quick overview of how it all works. Basically it gives you the pilot command center for controlling the sorts of games you play on PokerStars, whether it’s tournaments or cash games, and not only just the format of the games but who you play against. It allows you to organize leagues with your friends, or other people, or regular home games, where you can set up stats within that group where you can set up tournaments with certain buy-ins, etc. … everything’s completely customizable. … I was blown away with the capabilities. … It’s an awesome feature and it’s going to take online gaming a significant step forward.

How will people use this differently from just private tournaments that they could set up in the past? The cool thing is if you used to like doing private tournaments, this gives you the flexibility to have your own league. It’s like fantasy football, except you won’t be betting on pro football teams, you’ll be betting on something you have a lot more control over, which is yourself. You can have certain parts of the prize pools withheld from tournaments over the course of the league and given to the best stats performer.

Are you creating a Home Game with your husband, Stars pro Chad Brown, so you can beat up on him at the table in private? (laughs) I would say the odds of that are probably pretty good. (laughs)

If you’d like to hear the whole interview please go here.

Naples-Ft. Myers Holiday Series ends in a chop in Florida 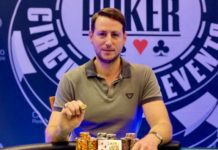 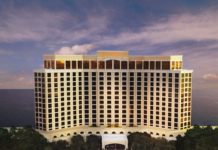